No Evidence of Disease the Movie hit the airwaves this month in Spanish, exclusively on Vme TV! We’re so proud to be making some noise for women’s cancer awareness in multiple languages… and more to come! Catch the buzz, join the movement, and make sure to check out the encore Spanish broadcasts May 15-17! ¡El […] 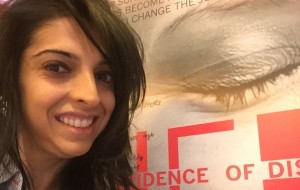 Let’s Be The Change

By Sapna Nichani Originally posted on the No Evidence of Disease blog. View the original post here. Expressing thoughts into words is hard when your thoughts are so vivid & feel so great that no words can describe them and no words can justify the feelings. First I attended an awesome Flash Mob event for Globe-athon. Globe-athon […]