Heather Shaner is a public defender, the lawyer a court appoints those who can’t afford their own. She’s made herself a loveable fixture in the DC legal community over the four decades she’s been serving her city. Heather’s reputation as an advocate for justice is no secret. Her commitment to rehabilitating her clients through education has earned her the adoration of thousands whose lives she’s changed for the better. Despite the depths of Heather’s compassion, she initially had no love for the “insurrectionists” who participated in the Capitol assault.

In the days after the attack, Heather got a call from the Federal Defender’s Office asking her to represent those charged with crimes related to January 6th. Heather weighed the decision and elected to take on a handful of nonviolent misdemeanants. Her intent was not to get her clients off the hook for sedition but to understand how an average American could become so radicalized.

With the nation’s future uncertain, Heather wages a one-woman war on the American epidemic of hatred and hyper-polarization by arming her January 6th clients with basic civics and history to help heal a divided nation. While the significance of January 6th gives the documentary immediacy, the film examines how tiny social fractures can splinter into the dangerous divide that turned violent on January 6th and how to tap into our collective humanity to deal with the aftermath.

Our window into Heather’s world touches on the macro-level implications of January 6th through the micro-level details in her clients.

Make a tax-deductible donation to support this project.

"Once you can see somebody as a human being, you can listen to them and once you listen to them, you can feel their pain, the remorse, what they want for the future." Heather Shaner   A Capitol Case 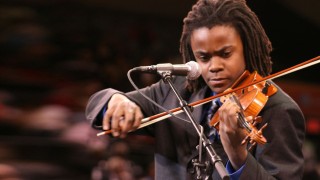