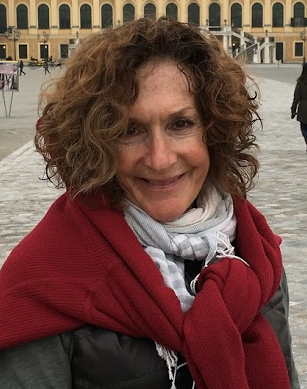 Karen Simon has worked extensively with Spark Media in the field, most recently as a field producer on Scattering CJ, lead producer on No Evidence of Disease and as outreach director for the GYN awareness campaign “What Every Woman Should Know.” She previously worked on casting and directing talent for Soul of a People, field production, research and fundraising for Partners of the Heart, and in the casting and costume departments for Prince Among Slaves. She has also worked as a voiceover artist on a number of Spark’s digital projects, including the Ovarian Cancer Registry.  In addition to her Spark responsibilities, she has produced educational videos for non-profit organizations like Project Interchange. Karen works extensively with non-profits on a spectrum of social issues, and has created and launched several community outreach campaigns. Karen joined Spark after years of producing and directing for broadcast and theatre. She managed and directed a non-profit organization called Voices From the Streets, working with homeless and at-risk children and adults in theatre. They performed their own stories to audiences all over the metropolitan DC area, including members of Congress, White House staff, religious organizations, and community and school groups.