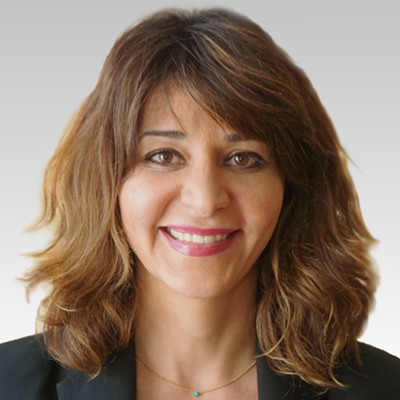 Honey Al Sayed is the founder of Honey&, a coaching, consulting, and learning facilitation agency. She also founded MAP – Media and Arts for Peace – a global education and talent company focused on creative peacebuilding. She is an award-winning media expert, creative social entrepreneur, and a professional certified executive coach with more than 20 years of experience in the Middle East, the United States, and Europe. An accomplished bilingual (English, Arabic) communications professional, Honey brings a wealth of expertise in all aspects of media, arts, culture, public speaking and coaching.

After breaking new ground in Syria’s media scene with the #1 rated morning show “Good Morning Syria” for 6 years with 7 million listeners, Honey relocated to the United States in 2012. Displaced by war more than once in her lifetime, Honey has shared her personal and professional experience through courses and learning facilitation at academic and research institutions such as: Georgetown University’s School of Foreign Service in Washington D.C., the University of Denver, Eastern Mennonite University, the Geneva Centre for Security Policy (GCSP) and the U.S. Institute of Peace (USIP) where she developed an online course on the role of the media and arts for peacebuilding.

Honey is regularly invited as a keynote speaker and commentator on women’s leadership, youth empowerment, and the role of media and arts for peace. She has appeared at the United Nations, GCSP, U.S. National Press Corps, the United Nations Foundation, the U.S. State Department Foreign Service Institute, the U.S. Institute of Peace, among many others.

Honey is an Associate Fellow at the GCSP. She holds a Master of Arts in International Affairs from the Fletcher School of Law and Diplomacy, Tufts University, and a Bachelor of Science in Communication Arts (Radio, TV, Film, Theatre) from the Lebanese American University.

She offers a visionary’s perspective, which, combined with her entrepreneurial spirit and life experience, provides distinct benefits to the private and public sectors, academic institutions, and creative enterprises.